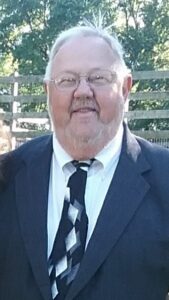 A memorial service for Thomas Paul Holdmeyer, age 75, of Petersburg, TN, will be held at 10 AM on Thursday, October 28, 2021, at St. Anthony Catholic Church. There will be no visitation prior to the memorial service.

Tom was born on December 29, 1945, in Washington, MO to the late Lawrence and Marie Holdmeyer. He served in the US Army and was a longtime member of St. Anthony Catholic Church. Mr. Holdmeyer enjoyed spending time with his family and grandkids. Tom passed away on October 24, 2021, surrounded by his loving family.

We are sorry to hear of Tom’s passing. He was jolly, fun and loved his wife and family!! Nelson and I are blessed to have known you all and send our love, prayers and gentle hugs.

Kyle I am so sorry to see this about your dad . My thoughts and prayers for you and the family .

We enjoyed the times spent with the family as our kids grew up together. Rest in Peace Tom – The Reese Family

I have so many wonderful memories of Bear and my dad at the softball fields. I will never forget the Sharp Corner Bar softball team/family and will always look back on those fun times with a smile. Sending prayers for all who love him.

Kyle I am so sorry for your and your children’s loss. I have learned it is sometimes harder on the younger children than we realize. I did not know your father but I have always heard nice things about him. Your family will be in my Prayers. Sincerely Joyce Johnson