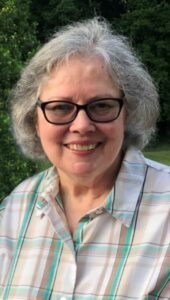 It is with regret we announce the passing of Shelia Faye (Ray) Beard, age 74, of Fayetteville, TN. Sheila was born August 29, 1947, in Scottsboro to the late William C. Ray and Sarah Sims Ray. She passed away on January 2, 2022, at her residence.

Sheila married Donald L. Beard on September 2, 1967. She was devoted to her Lord and used her talents in creativity and sewing to profess the words of Christ. Sheila spent over 40 years teaching babies and toddlers about Jesus Christ as well as establishing new teaching criteria and mentoring teachers in Cradle Roll methods. She was a member of the Howell Church of Christ where she attended regularly until her illness finally home bound her.

She is survived by her husband, Don Beard with whom she celebrated 54 years of marriage; two sons, Nathan (Christie) Beard of Madison, AL, and Daniel (Amy) Beard of Blanche, TN. Six grandchildren, Levi, Faith, Gideon, Josiah, Caleb, and Leah Beard; two sisters, Bettye (Fred) Hafley of Soddy Daisy, TN, and Cathy (Phillip) Thomason of Port Heuneme, CA; along with many nieces and nephews. Along with her parents, Sheila was preceded in death by her brothers, Bob Ray of Scottsboro, and Scott Ray of Oxford, AL.

Mr. Beard, Daniel, Amy and family, I am so sorry for your loss. Praying for God’s peace and comfort during this time.

I am so sorry to hear of Ms. Sheila’s passing. She will be greatly missed at church. Your family is in our prayers.

Don, I am so sorry to hear of the passing of Sheila. You and your family are in my prayers. All those years we worked together, I never had the pleasure of meeting your dear wife. I always remembered how you talked so lovingly about her.

Nathan and Daniel I’m so sorry to hear of your mothers passing.
I remember her when we lived in the same neighborhood. Praying for comfort.

I remember going home with Sheila several times when maybe we were in 5th grade.