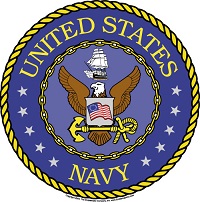 It is with regret we announce the death of Robert Keith McCarthy, age 85, of Fayetteville. Mr. McCarthy was the son of the late Eugene Kavnagh and Anna Virginia Dumler McCarthy. He passed away Friday, May 6, 2016 at his residence.

Mr. McCarthy retired from the US Navy after 27 years of service to his country. He served in the Korean and Vietnam wars, was an avid wood worker, loved photography, and was a TN Squire at Jack Daniels.

Services will be held at a later date in Florida. Higgins Funeral Home is honored to be assisting the family of Mr. Robert Keith McCarthy.

As a US citizen I wish to pay tribute to your loved one for his 27 years service in the US Navy. RIP Seaman McCarthy and thank you for your service in the Korean & Vietnam Wars.