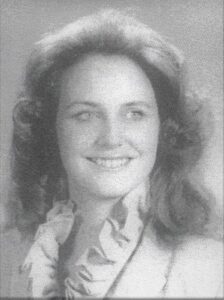 Graveside service for Ms. Retha Nan Ashby will be conducted Wednesday, March 10, 2021 at 2 PM at Rose Hill Cemetery with Rev. Bruce McVey officiating. There will be no visitation with the family prior to the service.

Retha Nan Ashby, 71, passed away Saturday, March 6, 2021 at the home of her brother, following a brief but aggressively debilitating illness. A native of Fayetteville and Lincoln County, she was born at the old Lincoln County Hospital on December 2, 1949 and was brought home from the hospital to the home at which her mother had been born, one and a half blocks from the Fayetteville Square and two rooms of which was the original log cabin. She was the daughter of the late Samuel and Nancy Shofner Hereford Ashby and the granddaughter of the late Samuel and Retha Strong Ashby, and the late Theodore Matthews McCracken Hereford (T.M.M. Hereford) and Nan Aline Caldwell Hereford all natives of Lincoln County.

She attended the old Robert E. Lee Elementary School and graduated from Lincoln Central High School in 1967. After obtaining her B.S. Degree and teaching certificate from MTSU, she entered and taught school in the city and county school systems for nearly forty years; specializing in Remedial Reading and teaching at Charlie Bagley (Ralph Askins), Boonshill, Petersburg, Flintville, Taft, Blanche, and ending her teaching career at Eighth District. Ms. Nan as she was affectionately know was loved by her students, many of whom later confessed they had a secret crush on her as she was so beautiful. She was always surrounded by children, animals, dogs, cats, ducks, and beloved horses. She was the town’s informal humane society in the early days before the new animal shelter was formed by some valiant volunteers. She kept the animals on the family farm where Best Western is now and many times had to take a boat to get across to them when Norris Creek flooded. She raised an orphaned colt in the back yard of the family home on Mulberry Avenue and got it to maturity, an almost impossible task. She was laid to rest in the family plot in Rose Hill Cemetery next to her father and was the seventh generation to live and pass away in Fayetteville.

She is buried in property given to Rose Hill and the Old City Cemetery at the Presbyterian Church by her great-great-grand uncles Wiley M. Alexander and James Bright. The graveside service will be conducted by Rev. Bruce McVey of the Fayetteville First Presbyterian Church, where she was a member for sixty one years. With her passing, the community has lost a person of beautiful body, heart, and soul. A truly great great lady of the South she so dearly loved.

In lieu of flowers, donations in her memory made the Fayetteville Lincoln County Animal Humane Shelter, 1718 Pulaski Highway, Fayetteville, TN 37334 will be most appreciated.

We are so sorry to hear of Nan’s death. She was always such a beautiful person. Jack and I will be praying for all the family and her friends.

Nan was a good teacher and friend
She will be missed

My family and I are so sorry about Nan. Such a lovely and kind person, we all enjoyed being in her presence. Our Condolences to the family.

I loved Nan. We had so much fun together. A great friend and friend to animals.