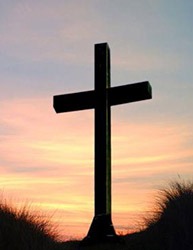 Mrs. McFerrin was a native of Seattle, WA, the daughter of the late Nyman E. and Marguerite Helland. She was the owner of Bill’s Pool Room on the Fayetteville Square, and Jiffy Mart, was a member of the Fayetteville ARP Church and an avid life master bridge player.

Visitation with the family will be Sunday from 5 until 8 p.m. at Higgins Funeral Home.

First of all let me apologize for not coming and expressing my heartfelt condolences in person. I made myself a promise when I buried my Dad in 1998 that I would never go inside another funeral home ever again. Not even when my time comes………

I want to express my sadness to all of you at the passing of Aunt Peggy. She was so full of joy and laughter every time I saw her and that is one of the many things that I will remember about her. But first and foremost, I will always remember how she went to bed one night with a small family and by the time she went to bed the next night, her little family had grown into a crowd!! Unless you’ve experienced that, you will never know how difficult it truly is. Aunt Peggy did it with a style and grace that most people could only envy! I know this because I’ve done it twice! She welcomed us into her home and her life like we really belonged there, any time, day or night! I will never forget that!

I will miss her and I pray that God has reserved a very special place for this lady and that I will be able to see the sparkle in her eyes and hear her laughter once again one day…..

Just now hearing this. She was a pleasure to take care. Truly a sweet person. Yalls family will be in my prayers.