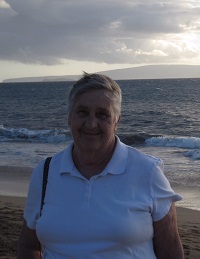 Graveside funeral services for Mrs. Nelma Janet Tucker, age 79, of Cookeville, will be conducted Wednesday, October 19, 2016 at 2 p.m. in Carter Hills Cemetery. Mrs. Tucker was a native of Moscow, TX and daughter of the late Maurice Brennon and Abby Ann Hickman Steger.

Mrs. Tucker is survived by her children Doil Ward of Cookeville, TN, Sylvia (Ray) Clark of Ardmore, AL, and Peter (Tanya) Wilson of Flintville, TN; eight grandchildren; 10 great-grandchildren; and siblings Vera Gream, Henry Steger, and Alice Gates. In addition to her parents, she was preceded in death by her husband Carl Tucker in 2002 and daughter Margaret (Doug) Anderson.

There will be no visitation prior to services.

In lieu of flowers, memorials may be made to the COPD Foundation or the Cancer Society.

Higgins Funeral Home is honored to be assisting the family of Mrs. Nelma Janet Tucker.

One of the greatest ladies I knew,was very honored to have her in my life. She will be greatly missed by many, love you Nella! Now go rest high on that mountain!!

We grew apart over the years and that makes me sad, but there was a time in my teens when Nelma was there for me. We had some good times and I loved her dearly. She will be missed, but God will hold her close until we see her again.