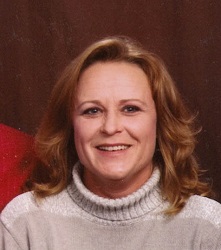 Melissa was born on September 29, 1967 in Clarksville, TN to Norma Thornton Higgs and the late Jimmy Wade Higgs. She earned her bachelor’s degree from Middle Tennessee State University and master’s from the University of Florida and later worked in accounting. Melissa loved all animals and especially horses. Ms. Dorminey passed away on October 10, 2019 in Raleigh, NC.

Norma, Alan and family, We are so sorry for your great loss. You will be in our thoughts and prayers. May you find peace and comfort. Missy was such a pretty and sweet young lady when we knew her growing up and in 4-H. She had a great sense of humor too. We have been fortunate to know her. Our love, Wanda and Bob Williams

Norma,
So sorry for your loss.
Prayers for you and your family.
Pam Beverly-Gray

Norma, I am saddened to learn of Missy’s passing. I remember her as a pretty, sweet fun living young girl. My prayers are with you and her loved ones.

Norma, so very sad to ready this news about Missy. All of my memories when she was little are so sweet. Thinking of you and of her family.

Norma, I am so sorry to read of Missy’s passing. I have so many fond memories of times spent together growing up! My first run-in with an electric fence was with Missy! She was such a good friend to me! I’ll be praying for comfort for all of you!

Norma, I cannot imagine how broken hearted you are. I am so sorry to learn about Missy’s passing. I know you were so proud of her. Sending much love to you and yours

Norma, we can only imagine what mischief Chris and Missy are going to get up to now!! Our prayers are with you and the family

Mrs Norma, Allan, and all. Know you are all in my prayers, and as always we are as close as the phone.

So very sorry to see this. I remember the sweet little girl who was upset that her 7-11 boyfriend was marrying me. Prayers for you all.

Dear sweet Norma,
My heart goes out to you. I did not know about Missy until today. Such a sweet beautiful daughter. I know how proud of her you were. You have my most heartfelt sympathy and prayers. Hope to see you soon. Love , Susan

I’m so sorry for your loss. I pray that you have many beautiful memories to recall and find comfort in. God bless you!

I was so saddened to hear of Missy’s passing. You are all in my thoughts and prayers.