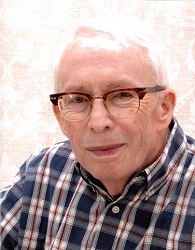 Visitation with the family will be from noon to 2 PM, Saturday, August 19, 2017, followed by the funeral service at 2 PM at Higgins Funeral Home. Burial will follow the service at Prosperity Cemetery.

A native of Birmingham, Alabama, he was the son of the late John Walter Walden and the late Gladys Louise Smithers Walden. He served in the Alabama National Guard, retired as an engineer for IBM after working with them for 37 years having worked on the NASA space program and helped develop the personal computer. Mr. Walden was a member of several churches during his life, he led many Bible studies and also was an elder in Georgetown, Texas, where he resided from 1977 until 2013.

I don’t know much about him but he was a amazing good person. I wished I talked to him more about him self get to know him better you know but, the time has passed and we can’t go back to the past.