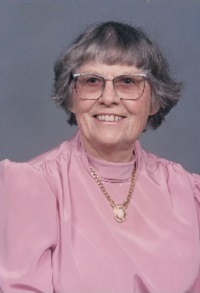 It is with regret that we announce the death of Mrs. Dorothy Simonton Johnson, age 97, of Fayetteville, TN. Mrs. Johnson passed away Tuesday, August 16, 2016 at Covenant Manor.

Mrs. Johnson was a native of Oliver, MO, the daughter of the late Ralph Waldo and Gertrude May Pickett Simonton. She was a retired accountant and of the Presbyterian faith.

Visitation with the family will be Friday, August 19, 2016 from 2 until 4 p.m. at Higgins Funeral Home. Burial will be in Memphis Memory Garden.

Keith, I am so sorry for your loss. My thoughts and prayers are with you and your Family. May you and yours have many happy memories of your grandmother.

Keith,
I am so sorry to hear of the passing of Mrs. Dorothy. She was one of my favorite customers . Many prayers to all.
Lenace Hyde Vaughn

Keith, your grandmother was a special lady that loved her flowers. I enjoyed the little talks we had concerning her yard and the knowledge she brought to the conversations.

Ms. Dorothy was such a special lady. She cherished her family dearly. I feel I am a better person for having her touch my life.