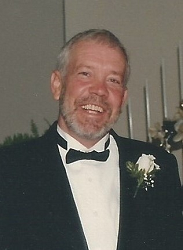 Funeral service for Mr. Donald “Don” Gary Gibson, age 76, of Fayetteville, TN, will be conducted at 11:00 AM on Wednesday, February 10, 2021 at Higgins Funeral Home with Bro. David England and Bro. Don Pearson officiating. Burial will follow in Rowland Hills Cemetery. Visitation with the family will be Tuesday from 5:00 PM until 8:00 PM at Higgins Funeral Home.

Don was born on December 19, 1944 in Lincoln County, TN to the late, Walter B. and Frances McMillan Gibson. He worked as a machine-setter for Goodman manufacturing until his retirement. Mr. Gibson enjoyed gardening and fishing. Don passed away on February 6, 2021 at his residence, surrounded by his loving family.

Higgins Funeral Home is honored to be serving the family of Mr. Donald Gary Gibson.