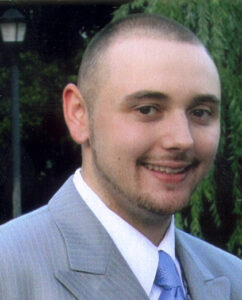 A son of Scott Anderson (Patsy) and Shannon Barnes (Glenn Thompson), he was a native of Winchester, employed with Goodman and Wal-Mart, and a member of First Assembly of God church.

Visitation with the family will be from Wednesday from 5-8PM at Higgins Funeral Home.