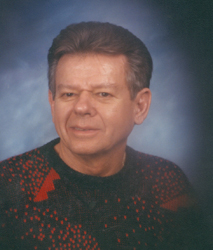 A native of Madison County AL. Mr Howard was the son of the late William B. and Essie Parks Howard. Mr. Howard served in the Army, retired from the Department of Defense Civil Service, he was a Mason and Shriner and a member of the First Baptist Church.

Visitation with the family will be Sunday evening from 5 until 8 p.m. at Higgins Funeral Home.

Sandy, Debbie, Donna, Dixie and family – I am so sorry to hear about your father’s passing. I know it is a difficult time for all of you. My prayer is that God will give you peace and comfort now and in the the days ahead.

Sandy, Debbie, Donna, and Dixie, I am so sorry to hear of Charles passing. My thoughts and prayers are with you all. Take comfort in knowing Heaven has another Angelic voice. God bless you all …..

Dear Sandy,Debbie,Donna ,Dixie and family, I am so sorry to hear of your father’s passing. I am keeping all of you in my prayers . May you be comforted by God, friends and loved ones at this time. Lavina I.Sharp

Sending my deepest sympathy to all the family. May your precious memories be a comfort to you at this difficult time.
In Christian Love,
Peggy G. Bevels

Sandy, Debbie, Donna, and Dixie, I am very sorry to learn about the passing of your father. May God comfort you now in your time of grief. “Earth has no sorrow that Heaven cannot heal.”